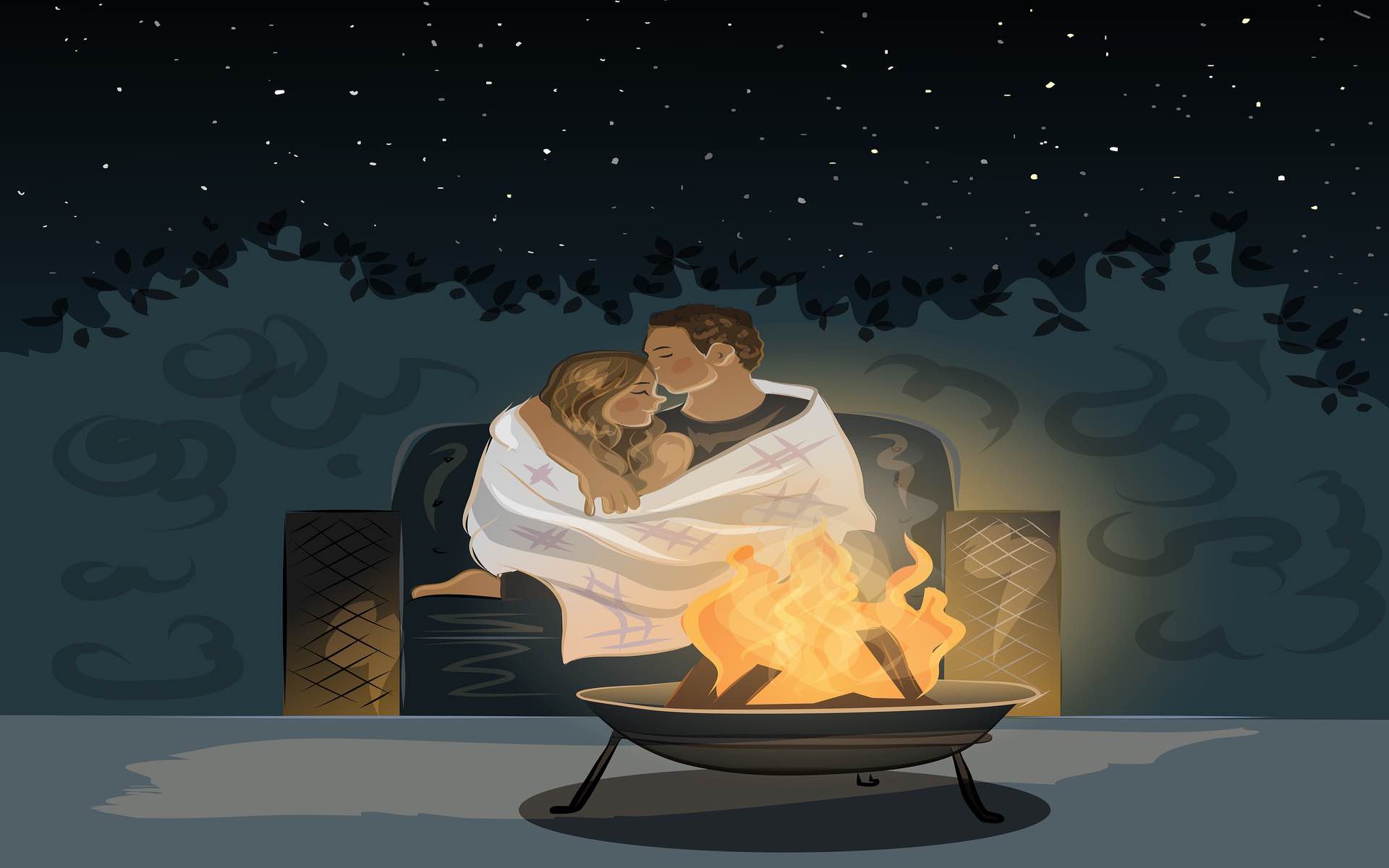 By the time I finished the introduction to How The World Really Works I was completely sold that THIS is the book I’ve been waiting for. Vaclav Smil promises “to reduce the comprehension deficit, to explain some of the most fundamental ruling realities governing our survival and our prosperity.” Boy did he live up to his promise! The first revelation for me was how he described energy.  He writes: “energy is the only truly universal currency, and nothing (from galactic rotations to ephemeral insect lives) can take place without its transformations (How the World Really Works (p. 21)).” I had always thought that the universal currency was money. I realized that before this thing called money there was energy be it from our bodies or stones and wood or the sun. I ( and I’m sure the vast majority of people ) missed this fundamental point about the world because as Prof. Smil points out, economists whose explanations and precepts exercise more influence on public policy than any other experts, have largely ignored energy. Economists tend to focus on energy when there is a supply crisis and prices skyrocket. Another reason to be wary of economists, I thought! I’ve long been skeptical of how economists assess value.

It is my contention that to understand any social phenomenon one must turn to history. Vaclav Smil agrees and he starts to examine energy 4 billion years ago but for my purpose I will start from 1600.

The mining and use of coal as a fuel started in the early 1600s, and it is believed that by 1620 that coal as a heat source in England surpassed the use of biomass fuels; by 1700 the burning of coal for heat had reached 75%. All the coalfields that made the UK the world’s leading 19th-century economy were already producing coal before 1640 (How the World Really Works (p. 21)). By 1900, about half of all mechanical energy was from coal-fired steam engines. Fast forward 120 years later and coal is still a dominant fossil fuel.

It took generations before the shift from coal to oil happened. Commercial crude oil extraction began during the 1850s in Russia, Canada, and the US. Internal combustion engines, gasoline-fueled, were first introduced in the 1880s. Crude oil became a global fuel, and eventually the world’s most important source of primary energy, thanks to the discoveries of giant oil fields in the Middle East and in the USSR in 1920s to 1950s (and also thanks to the introduction of large tankers). This helped fuel mass car usage, air travel and the use of petrochemical feedstocks for the synthesis of ammonia and plastics. Natural gas’s trajectory to the limelight was similar to that of oil. It was first commercialized in Britain in 1785 and was mostly used as a source of light until 1880, when Robert Bunsen’s invention of what is now known as the Bunsen burner opened vast new opportunities to use natural gas. The creation of effective pipelines in the 20th century led to the use of natural gas for home heating and cooking, manufacturing and processing plants, and boilers to generate electricity.  From 1950 to 1973 the rise in the use of oil and natural gas caused the Western European economic product to nearly triple, and the US GDP more than doubled. Based on Prof. Smil’s calculations, the use of fossil fuels during the 19th century saw a 60-fold increase, a 16-fold gain during the 20th century, and about a 1,500-fold increase over the past 220 years (How the World Really Works (p. 18)).

This increasing dependence on fossil fuels is the most important factor in explaining the advances of modern civilization. And this is how we’ve been able to increase the global population from 1 billion in 1800 to 1.6 billion in 1900 and 6.1 billion in the year 2000 to 7.8 billion in 2020. There is no shortage of fossil fuels, at the 2020 level of production, coal reserves would last for about 120 years, oil and gas reserves for about 50 years, and continued exploration would transfer more of them from the resource to the reserve (technically and economically viable) category (How the World Really Works (p. 37)). However, there is a shortage of effective and economically viable alternatives to many things we have come to rely on such as ammonia, cement, steel and plastics, that all exist thanks to fossil fuels. And there lies the crux of our dependence. 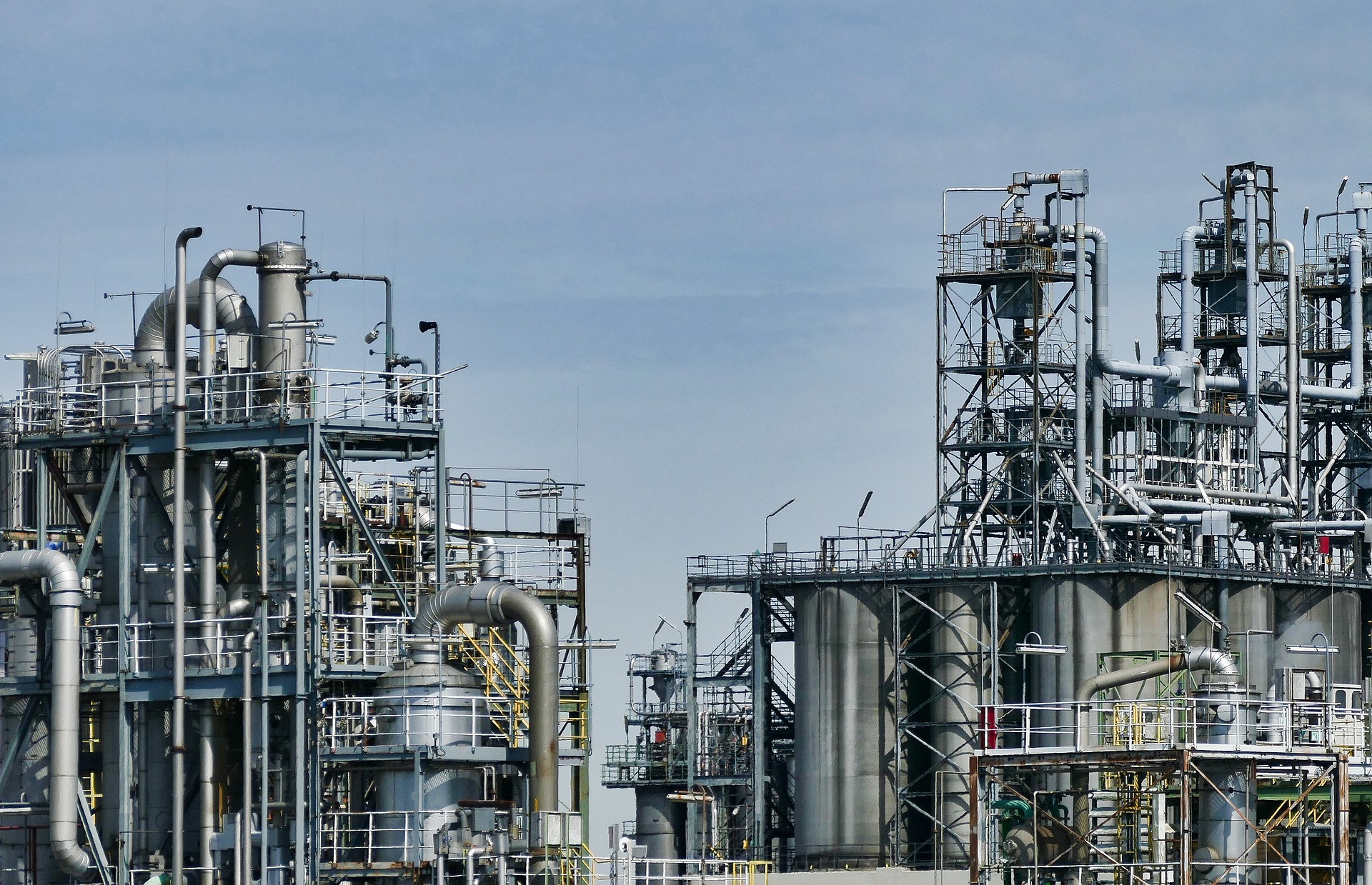 I knew that ammonia was used in cleaning products but  beyond that never gave it much thought. When I read that it would be impossible to feed at least 40 percent and up to 50 percent of today’s nearly 8 billion people without ammonia, I was stunned. For this reason Prof. Smil believes that of all the four materials–ammonia, cement, plastics and steel–he described as the pillars of modern civilization, ammonia is the most important. “How come I didn’t know about this?” I exclaimed. Then I remembered that up until three months ago I hadn’t even seen an asparagus plant growing, and that is  a vegetable I have eaten all my life. So my level of ignorance of food production is clearly very high. I read on with great eagerness to be less clueless. Over 80% of ammonia manufactured is used to make fertilizers. Before the discovery of synthesis of ammonia we were dependent on ammonia from human and animal waste which was both laborious and inefficient for supplying nutrients that were required for feeding the fast-growing population of the 19th and early 20th centuries. Like all great innovations it took a while for the Haber-Bosch (named after the inventors) synthesis of ammonia to take hold and have positive impact (it was used in both First and Second World Wars to make bombs).  Mass scale ammonia production for agriculture didn’t happen until the 1950s, and it fueled the Green Revolution (starting during the 1960s)—the adoption of new superior wheat and rice varieties that, when supplied with adequate nitrogen, produced unprecedented yields. What made this possible is natural gas both as the source of hydrogen used to synthesize ammonia, and as processing energy.

Outside of ammonia, the book elucidates other inputs from fossil fuels that go into our food production. In fact, an entire chapter is dedicated to it titled “Eating Fossil Fuels”. To demonstrate just how much energy is used in food production, Prof. Smil worked out the energy costs (the amount of fossil fuels required) of producing and selling three common foods–bread, chicken and tomato. He uses a unit of measurement of the amount of diesel fuel in terms of volumes per unit of edible product as he believes it makes the amount of energy required for food production easy to visualize. I’ve had many vegetarians and vegans preach to me how eating meat is really bad for the environment. I’ve never been convinced of their argument so I was thrilled to read that the cultivation and marketing of chicken is actually more  energy efficient than that of tomatoes. The minima energy for chicken is 300–350 mL/kg (for tomato it is 650 mL/kg while bread is 210–250 mL/kg for bread (How the World Really Works (pp. 58, 61)). The reason why the energy cost of tomato is much higher than that of a chicken is due to the ‘greenhouse effect’. That is, tomatoes (and other vegetables) are grown in greenhouses that require  plenty of electricity to heat, and these are also among the world’s most heavily fertilized crops: per unit area they receive up to 10 times as much fertilizers as is used to produce grain corn (How the World Really Works (p. 61)). Oh and the greenhouses are made of plastic too–think miles and miles of polyethylene domes. 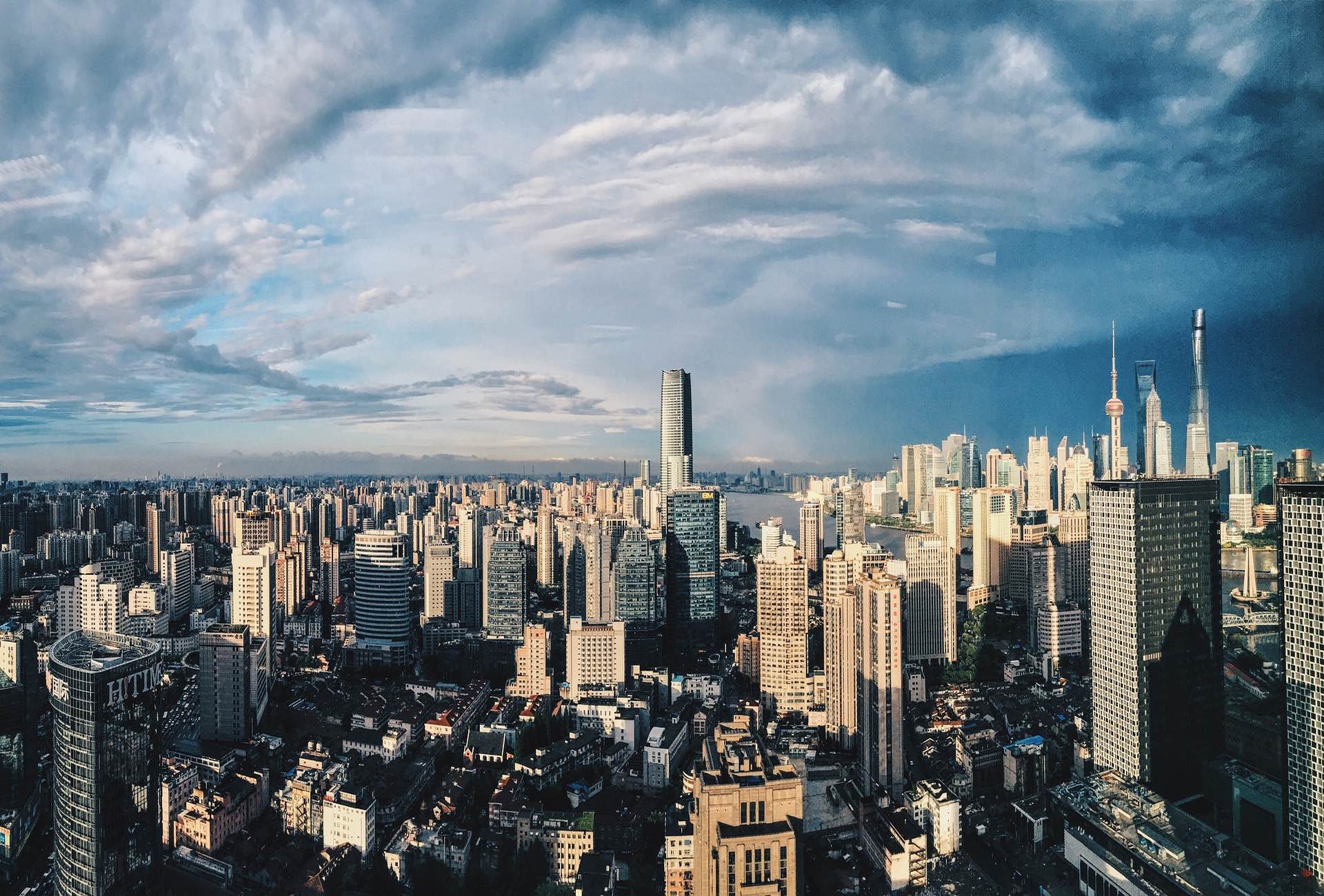 In 2019, the world consumed about 4.5 billion tons of cement, 1.8 billion tons of steel, 370 million tons of plastics, and 150 million tons of ammonia (How the World Really Works (p. 77)). As a result, global production of these four indispensable materials claims about 17 percent of the world’s primary energy supply, and 25 percent of all CO2 emissions originating in the combustion of fossil fuels (How the World Really Works (p. 79)). At first when I read these figures their magnitude was hard to comprehend or even accept, but then I looked around me: I’m typing on a keyboard made from plastic; my laptop stand is made from steel as is my water bottle; all the cables in my house are made from plastic; I live in a modern concrete building, heated by natural gas; some of the vegetables in my steel and plastic made fridge, most likely come from greenhouses in south of Spain. I realized that there are billions of people like me doing the same around the world so these figures make perfect sense. I also recognized that I love all these things and don’t want to give them up anytime soon even if they are costing me way more than I would like right now. So what to do?

Whatever the solutions are, I believe that Prof Smil is absolutely correct that we have to have a better and realistic understanding of how our world works and how we got here. The vast majority of us lack this fundamental awareness, and worse still that includes our leaders. I asked myself why are we so unaware? The wise professor puts it down to urbanization and mechanization. Today 56% of the world’s population live in cities, and the bulk of them work mostly in services. Mechanization has meant that very few of us produce the food, devices and energy we consume. Thus we don’t know how much energy resources, be it combustion, manual or mechanical, that support our life styles. To illustrate just how far removed we are from making things,  in 1800 in the US and Japan over 80% of people lived in the countryside to produce their food, by 2020 over 80% of the population lives in cities buying their food in supermarkets. The food is most likely either ordered from or paid for with mobile phones/computers and cooked in pots and ovens made in factories thousands of miles away. The number of the world’s urbanities is predicted to grow to 7 in 10 by 2050. And mechanization will also continue to grow, AI (artificial intelligence) is set to soon take over everything (so they say) from driving to medical research. These changes will require even more energy, and looking at the current trajectory that will most likely come from fossil fuels unless of course we start making decisions and acting based on facts instead of wishful thinking. At the same time,  3.1 billion people had in 2020 a per-capita energy consumption no higher than the rate achieved in both Germany and France in 1860! To achieve the threshold of a dignified standard of living, they will need at least to double—but preferably triple—their per-capita energy use, to multiply their electricity supply, boost their food production, and build essential urban, industrial, and transportation infrastructures (How the World Really Works (p. 5)). It is a simple fact of physics and electrical engineering that electricity generation from nuclear reactors is the most reliable producer, 50% to 75% more effective than wind and solar. Accepting this reality and using it can help solve one of the biggest challenges we face–climate change—and improve the quality of life for billions of people.