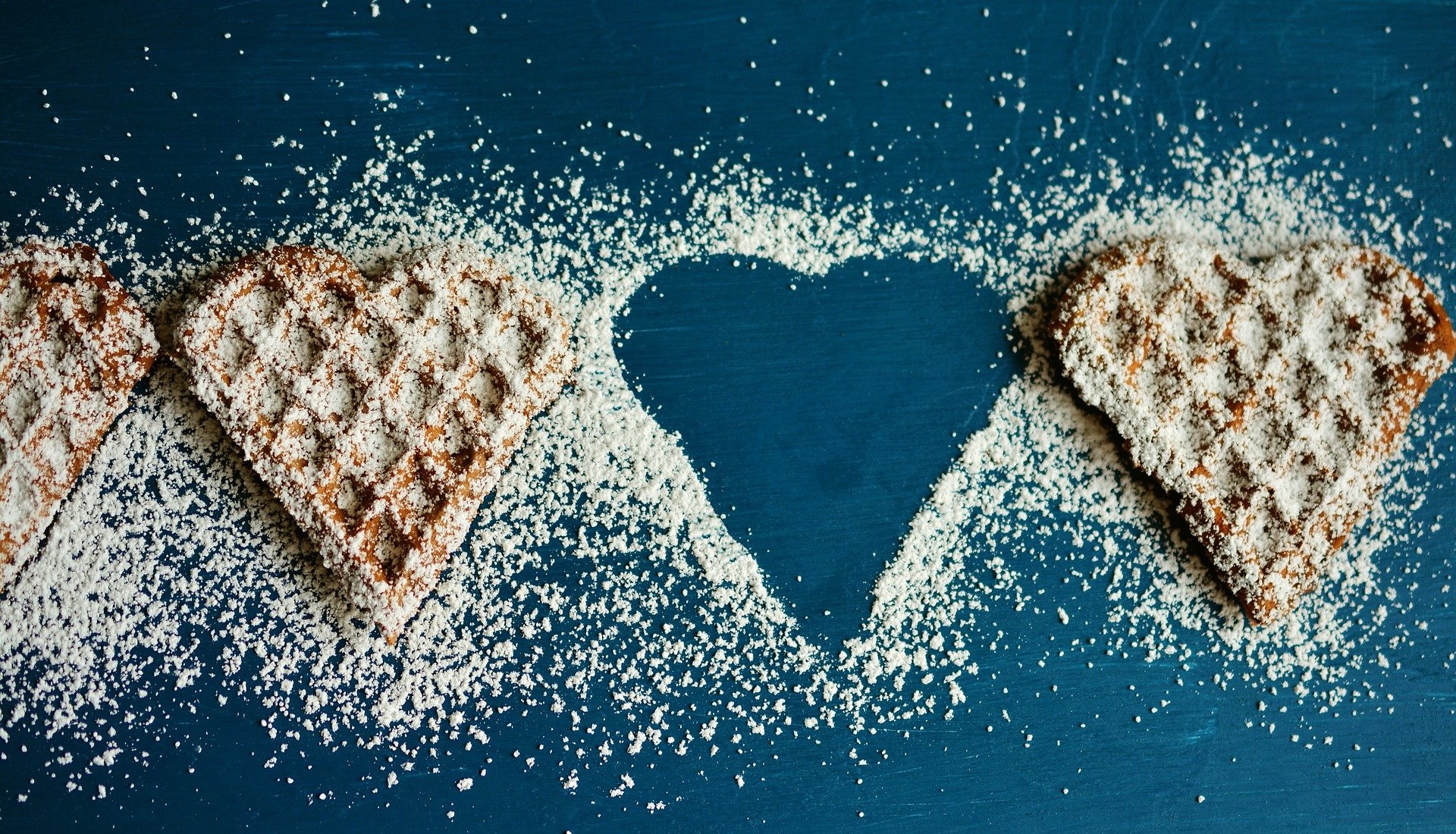 I have spoken before about how consuming materials about scientific research and discovery gives me hope, while reading about architecture, construction and manufacturing gives me great pleasure  and allows me to dream–preparation for “that” big construction project in my head. With that I’d like to share with you the most inspiring things I read this past month.

It is no secret that we humans have a sugar problem. For example, an average American ingests more than nineteen teaspoons of sugar every day. We know it is bad for us and that we should eat a lot less, hence why things like Coke Zero and the plethora of sugar alternatives such as Saccharin and Splenda were invented. But the problem with sugar alternatives is that they taste from a bit to really yucky.  It is true that we could eat a lot less sugar or even stop altogether. But like with any addiction (I think sugar is addictive but some might disagree), it is easier said than done.  I gave up drinking black tea in my teens because I couldn’t drink  it without 5 teaspoons of sugar. Soft drinks and processed foods were easy to eliminate–too many calories for a body-conscious teenager obsessed with reading Vogue magazine. However, I have come to accept that no amount of health benefits are going to make 100% premium pure dark chocolate palatable, but add 15% sugar and it becomes a superfood to be consumed daily. Then there is the question of how do you make hong shao rou (braised pork belly) or kombucha without sugar? Just a couple of things I really enjoy.  Well, you can’t! This realization has led scientists to take a new approach to weaning us off sugar. An article from the New Yorker titled: The Race To Redesign Sugar discusses how scientists and food manufacturers, after over hundred years of trying to find sugar substitutes (the first, Saccharin was invented/discovered in the late 19th century), are now focusing on re-constructing sugar itself. They want to make sugar that requires less of it to get the exact same taste and feel of sugar and with fewer calories. So we can have all the benefits of it without the side effects. But first, they would have to get the approval of human sweet receptors.

This is a big challenge because the vast majority of sugar we consume never comes into contact with our taste buds.  Our sweet receptors are less sensitive than those for other tastes so we have to eat a lot of sugar before it is detected. We are better at detecting tastes that are unpleasant as we evolved in an environment filled with substances that might make us sick or kill us. When it comes to our sweet receptors, Robert Margolskee, a biologist at Monell Chemical Senses Center says we are still at a level of detecting a ripe banana. “It would be better if our sweet receptors got more sensitive so we would eat less sugar,” Margolskee said. “But that’s going to take another couple hundred thousand years at least.” We can’t wait that long! And food companies are under huge pressure from regulators and public opinion. They have been investing heavily to re-tool sugar that our sweet receptors can discern quicker.  There are currently two leading re-engineered sugars that fit the bill, Incredo and Dolcia Prima.

Dolcia Prima from Tate & Lyle is allulose -based (monosaccharides found in foods such figs and maple syrup) and promises to be zero-calorie. The other, Incredo by DouxMatok, is ninety-nine percent sucrose and has forty percent fewer calories than sugar.  Now the race is on to convince regulators, chefs, and consumers that these are indeed sugar. I’m rooting for Incredo because it was invented by Avrahamn Baniel, an industrial chemist who in 2014, at age 96, started a company to commercialize his invention. The idea on how to create Incredo had been simmering in his brain since the 1940s when sugar was strictly rationed. His neighbor, an elementary school teacher, asked him to get her cornstarch; she had the theory that its thick and sticky texture would coat the tongue, helping her students’ meagre allowance of sugar seem more satisfying. He found that she was right up to a point. Sixty years later, it occurred to him how to improve upon her theory, and he wondered if instead of replacing sugar it wouldn’t be better to re-format it. A wonderful example of how innovation happens–it can take a long time (Dolcia Prima also took over two decades to make), requires synchronicity and can come from anywhere, and at any age. Baniel has finally retired at age 101. 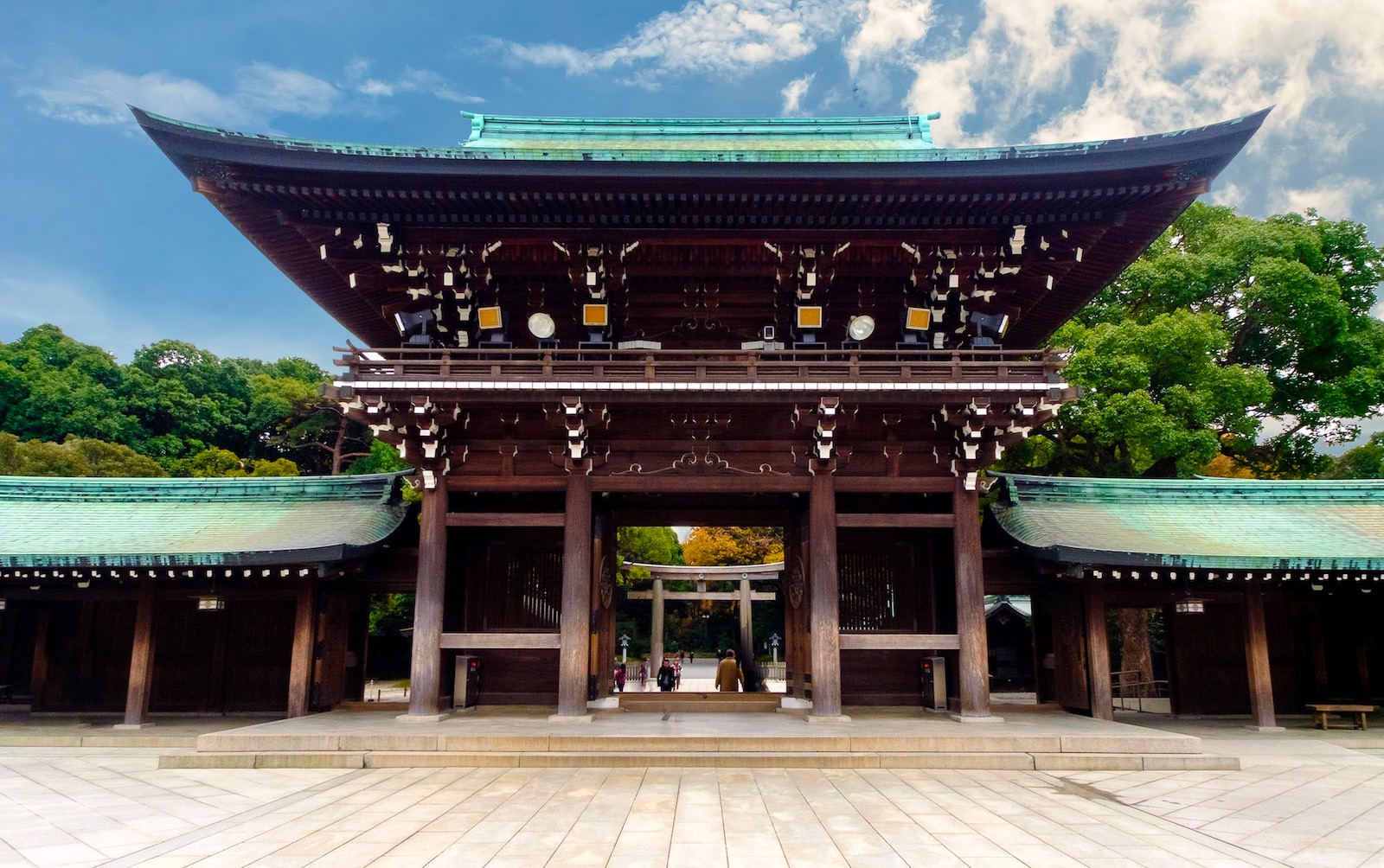 Kyoto, Japan is one of my favorite places and I always dream of going back  because I loved hanging out in its temples (the less touristy ones).  The times I’ve been, I was really moved by how its temples, steeped in hundreds of years of history, are painstakingly preserved. I once watched mesmerized for a good while as a couple of gardeners on their hands and knees trimming the grass of one of the temples’ grounds with scissors. Outside the temples there are also tea shops, for example, Ippodo, and  the incense shop, Shoyeido with hundreds of years of history. These have made me think of Japan as a country that builds to last. So I was very surprised to read that the shrine of Ise Jingu contradicts this. The Ise Jingu (simply Jingu) Grand Shrine sits in the forests of Ise-Shima National Park, in Japan’s Mie Prefecture, and it is rebuilt every 20 years according to the tradition of periodic reconstruction, known as Shikinen sengu (sengu). The complex of Jingu consists of about 125 shrines of varying sizes, the two largest Naiku and Geku and 14 others are built to the EXACT copies. Since the complex is twice the size of the city of Paris, they never run out of space to rebuild while existing ones are still standing. But they have been known to run out of materials such as the 300-500 years old trees that provide the large timber logs needed. To get round this, they turned to sourcing the trees from all over Japan as opposed to areas surrounding the complex which was the practice. Not surprising considering the total number of buildings reconstructed, 65. Along with these buildings they also reconstruct bridges, fences and thousands of ceremonial treasures and artifacts. All this can take up to 9 years and at the cost of $500 million dollars to complete. Once done, all the older shrines are demolished.

I was both awed and horrified by the waste. I asked why knock down beautiful and meticulously constructed objects just because of a tradition, even if it dates back 1300 years? Yep! That’s how long they have been doing this!  Then I realized that it is actually the most sublime example of workmanship preservation. By going through the process of rebuilding Jingu using the exact same designs, materials, and methods, it is ensured that the skills and knowledge are passed down from generation to generation. We know that there is a limit to what can be learnt from written knowledge. Memorizing the highway code manual and passing your written driving test doesn’t mean you can really drive day-to-day. You actually need to go through the process of being taught by an experienced driver and practice for tens of hours before you can actually drive. Once you’ve got your driving license you then have to drive regularly to remember how to, as I was recently reminded. I drive sporadically and every time I have to drive it is such a toil. It feels like the first time again even though I see cars everywhere and often watch the driver’s maneuvers when I ride as a passenger. This is because I lack what Dan Wang termed process knowledge—where you gain skills and knowledge by hands-on work—for driving.. The practice of sengu at Jingu may seem arcane and even crazy, but it is a massive industrial undertaking that brings together generations of experts with diverse skills over a long period of time, making it a fertile environment for creativity and innovation.