It is easy to be discouraged by events that occupy news headlines, but there is a place I can always find hope, reading about research and the latest discoveries in science. I was reminded recently that we solved acid rain which was a considerable source of doom and gloom in the 80s. So it is hopeful  to say that we shall too solve (at the very least reduce the damage of) climate change. Another source of my optimism stems from my job, which brings me into contact with scientists and engineers who dedicate their lives to thinking about and solving problems, like climate change. Here is a couple of recent findings that add to my optimism:

A Burger That Can Save The Planet

The first is an article titled Can A Burger Help Solve Climate Change from the New Yorker magazine, a brilliant example of the art and value of long-form articles–spread over 13 pages of tightly packed text, split into three columns (I read the paper form). The article introduces us to Impossible Burger and its founder, Pat Brown, professor emeritus of biochemistry from Stanford University whose goal is to save the world by reinventing the burger. Brown started the company in 2011 because he was and still is convinced that the biggest problem to work on is climate change, specifically, to eliminate our dependence on livestock for protein, is a major contributor of GHG (greenhouse gas) emissions and driver of deforestation.  He is starting with the cow–beef burger–because 60% of meat consumption in the US is minced beef, eaten in burger form. Brown’s and his company’s mission is to rid the world of livestock by 2035.

Nine years into their mission, they have a burger worthy of being sold in thousands of burger joints such as White Castle and Burger King and supermarkets. However, they have yet to achieve a cheaper burger than beef version as Brown had imagined. He pitched to his investors that by 2017 their burger would cost less than beef one, since wheat and soy, the primary ingredients used in meat alternatives are cheaper to produce than beef. However he hadn’t envisioned the high cost of creating a novel supply chain for their ‘magic’ ingredient–heme molecule, genetically modified from soy. Nevertheless, Impossible Burger has succeeded in creating a burger that compared to conventional beef burger reduces environmental impact across several categories:— 87% less water, 96% less land, 89% fewer GHG emissions, and 92% less aquatic pollutants. Impossible Burger has now successfully moved onto tackling the pig, their latest offering is pork meat. I look forward to trying their produce once they have invented an alternative to what I like most about eating meat–bones and skin–and not made from soy, genetically modified or not.

What I find most intriguing about this article is the insight it gives into what it takes to build a company to create and commercialize scientific discovery. Even though Brown had plenty of experience doing swashbuckling research (to cure AIDS and cancer) he had under-estimated how challenging it would be to take on the cow. And he was naive (he admitted) about what it means to accept hundreds of millions of dollars from investors––loss of control. 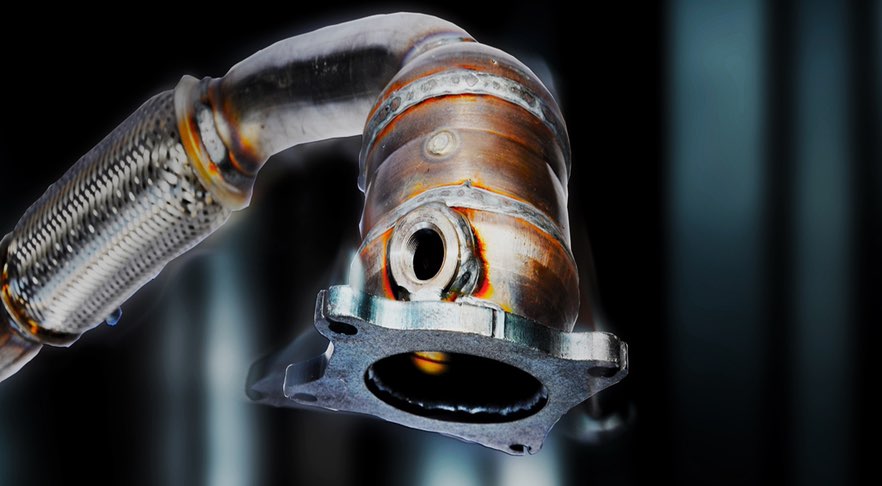 Fuel Made From C02

Podcasts and videocasts I find make tedious tasks such as gyming and cleaning mildly entertaining. A couple of weeks ago, a videocast  titled How Can Chemistry Make Our Society More Sustainable? from the Royal Institution’s YouTube channel proved to be a most pleasing companion to my weekly cleaning session. So much so that I even revisited it again without distractions, I gave it my full attention for 50 minutes. In the video Professor Bert Weckhuysen from the University of Utrecht presents the work his team is doing to create a more  sustainable society. Their mission is to convert CO2 emissions into GHG friendly chemicals and materials by creating better catalysts. Examples of their areas of research include how CO2, biomass and waste can be converted into methanol which can then be used to produce things like plastics; coatings (like paint) that can convert pollution into harmless substance.

I had never before in my life thought about catalyst until I saw this video, now I know the difference between homogeneous and heterogeneous catalyst. I had to read up on catalyst in order to fully appreciate how groundbreaking Professor Weckhuysen’s team’s work is and could be. The passion and optimism the good professor and his PhD  candidates exude in the videocast is highly infectious, and it gives me hope.