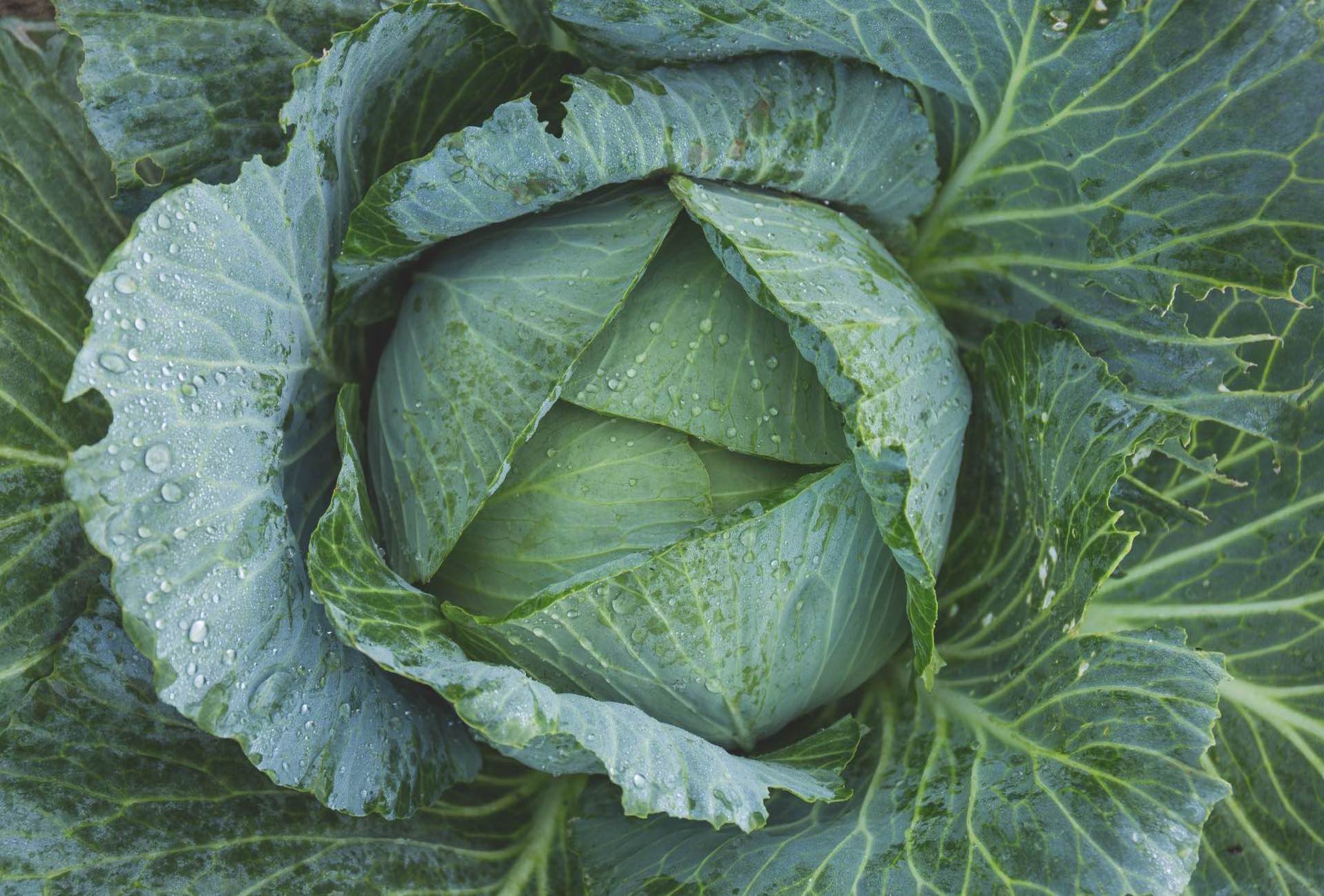 2022 is the year of the tiger and since I was born in the year of the tiger,  it’s my Ben Ming Nian (本命年) too.  Chinese friends reminded me that since it is my Ben Ming Nian I should wear something red on the first day of the new year to ward off any bad luck the year can bring. I did.  According to Chinese culture, when your Ben Ming Nian comes around it is likely that it could clash with Tai Sui, the guardian God of the year which could bring year long misfortunes.  Another way to ensure you have good fortune for the year is to be kind and do good deeds. In that spirit, I’m going to share with you all things Chinese that I’m loving right now.

I’ve mentioned before how much I love cooking dinner because I get to “yibian zuo fan, yibian kan dianshi ju” (一边做饭, 一边看电视剧, I cook while I watch TV shows) because I can consume hours of TV guilt free. I mostly watch Chinese (Mandarin) TV shows (and occasionally Mexican shows) so I feel like I’m working to keep up my language skills. However, for a while I was bored with the Chinese shows on offer on my TengXunShiPing (腾讯视屏) app. I tried watching some movies but unlike with TV shows they don’t give me the desired effect of me feeling like I’m back, living in China. Cooking became way less fun!

One day, back in December last year I decided to search for Chinese shows on Netflix and I found a Taiwanese show called Light The Night . As soon as I heard “Ni wen wo ai ni you duo shen, (你问我爱你有多深，You asked me how deep my love is for you)”, the first line of the show’s theme song I knew I was going to like the show. The theme song, called “The Moon Represents My Heart”(月亮代表我的心: Yueliang Dai Biao Wo de Xin) is the first song that I learnt and fell in love with in Mandarin.  It didn’t matter that  the theme song wasn’t the legendary version by Teresa Teng that I was taught , I let the intro and credits run till the end just so I could listen and sing along. I was immediately transported to the classroom in my university in Beijing where Wang Laoshi explained to us with softness (the only time I ever saw this side of her, the rest of the time she wore an armour of steel) the meaning of the lyrics. 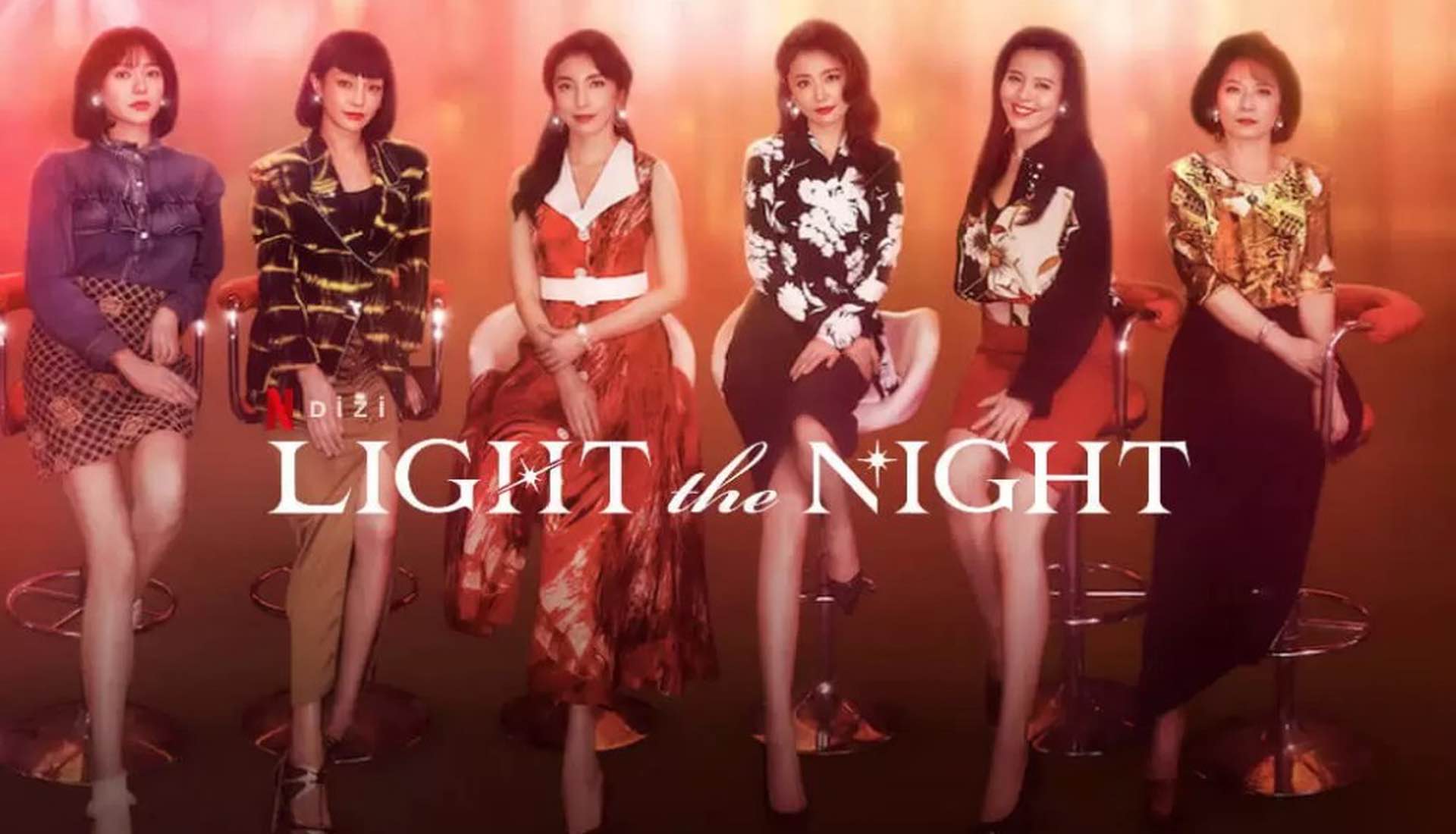 The show is about the lives, love and struggles of a group of women working as hostesses in a popular nightclub in Taipei in the 1980s. It is a mixture of drama and murder mystery thriller. The murder mystery part is so well done that after 16 episodes I’m none the wiser who did it! Even though the show has introduced me to a completely new world, Taipei 1980s nightlife, I could still relate to the life struggles of the female characters. The costumes and the soundtrack are excellent.  For the days it took me to get through parts 1 and 2 it lit my cooking sessions right up.  Can’t wait for part 3, coming out next month!

My best loved thing about living in China was the food (outside the people I met of course). The Netflix documentary Flavorful Origins (风味人间, feng wei ren jian) is making me seriously pine to be reunited with my old favourite dishes and try new ones such as buckwheat jelly noodles.  The series introduces the foods, the history and the people who make them. Three seasons released so far, each one dedicated to regions of Chaoshan, Yunnan and Gansu.  The diversity of Chinese food has always impressed me but I was completely blown away by the highly creative cooking methods the series introduced me to.  For example, in Yunnan one of the fermentation methods used is cooked long-grain glutinous rice rubbed into sun dried radish sprouts. In Gansu province farmers cooked mutton by heating cobblestones to 200 degrees celsius then dropped them inside a large sack of tripe, filled it with chopped meat pieces, herbs and spices, sealed tight with string and left  for 15 minutes to cook.  The show also made me regret not having leant to cook Chinese food while in China. But I was too busy sampling the superabundance of food offerings in Beijing. 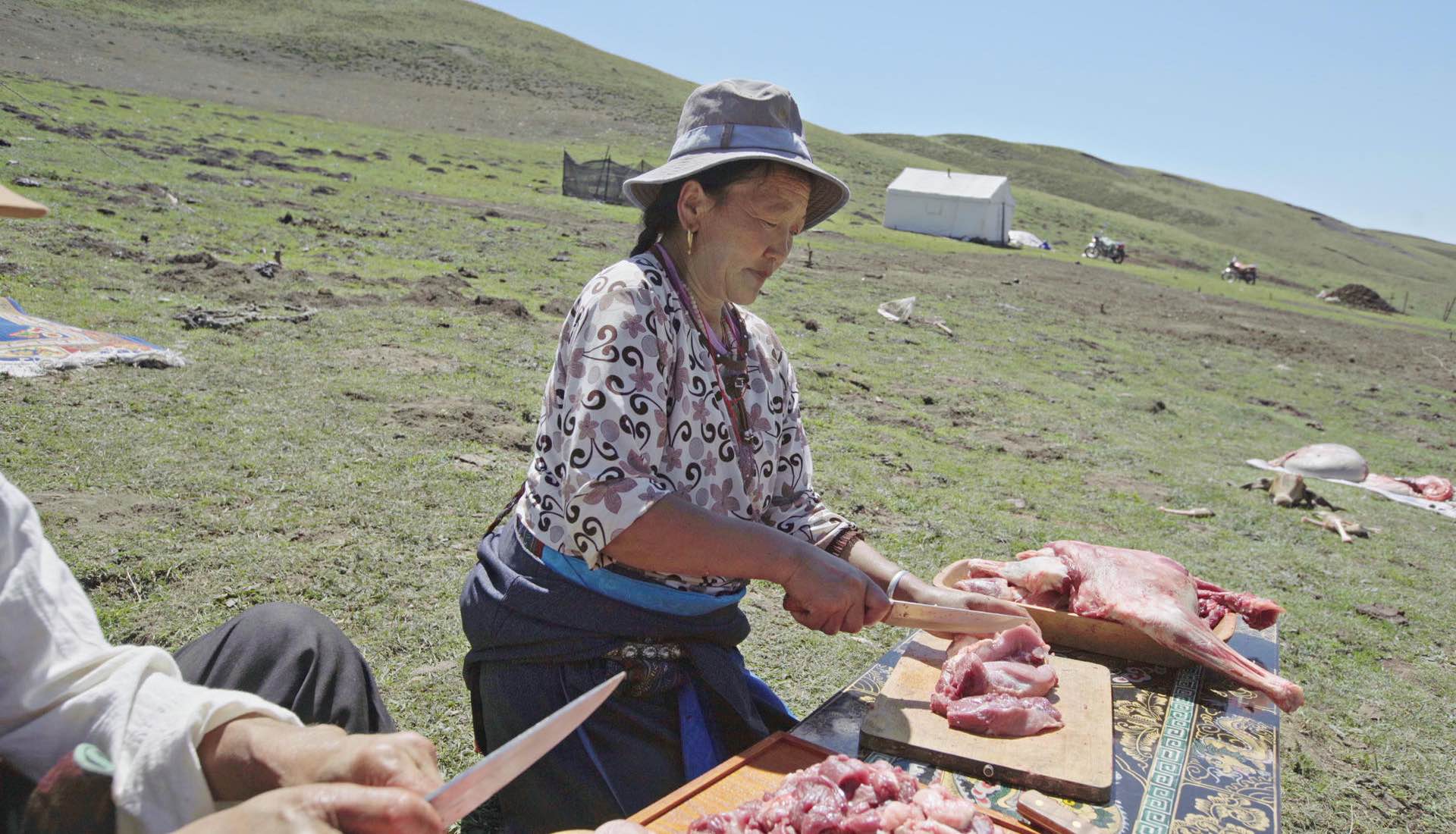 It dawned on me while I waited for the opportunity to go to cooking school in China, I could learn from Youtube. I stumbled on Chef Wang’s channel. The first video I clicked on was “8 different ways of cooking cabbage, all authentic Chinese recipes” because I absolutely love the Chinese way of cooking cabbage (白菜, bai cai). Pre-China, I thought white cabbage was pretty bland and to be avoided but  in China, at the hands of Chinese chefs it became my most must have vegetable after dou miao (豆苗, pea shoots). Chef Wang had me within seconds when I saw how he tore apart different types of white cabbages with his hands. By the time he added cabbage to the wok, and swayed the wok back and forth on the stove as if he was guiding a dance partner I was enthralled. I wanted so badly to have not only his wok and his special wok stove but also his wok skills. I immediately subscribed to his Youtube channel.

As to how my Chinese food cooking skills are coming along? I used to scoff at people who watch Youtube exercise videos without actually doing the exercises but since I’ve started watching Chef Wang’s videos just for fun I’m now more understanding.

Of course, listen to Teresa Teng’s version! However, Light The Night’s  theme song version by Aishin was good enough for me to not skip the credits for all the 16 episodes watched, and go round humming the song over and over again.

Light The Night: Get lost in Taipei’s 80s night life.

Chef Wang: Learn (not) to cook cabbage in eight different ways and chicken with chillies (La Zi Ji, 辣子鸡). I smiled through the last video as Chef Wang’s uncle encouragingly looked on and commented while he customised the recipe to suit his uncle’s weak teeth.

Flavorful Origins: Travel through China’s culinary past and present.