When I first came across Haruki Murakami’s book What I Talk About When I Talk About Running, I was surprised to see that it was a nonfiction, and actually about running. I knew him as a novelist as I have read many of his novels. I’m not a spectator of any sports except the odd five minutes of synchronized swimming and diving every four years during the Olympics. So the thought of reading nearly 200 pages about running even if it is written by one of my favourite authors had no appeal. But curiosity got the better of me, I wanted to know why he wrote such a book. I had recently read a book on writing called Stein On Writing by the legendary book editor Sol Stein in which he spoke of how styles of fictional writing when applied to non-fiction writing can enliven it. I wanted to see how Murakami’s style as a novelist would translate to non-fiction. I figured I’d  flick through it, read a few pages here and there; Some books aren’t meant to be read in their entirety.

Murakami writes on page ten: “For me, running is both exercise and a metaphor.” This is exactly how I feel about swimming! I read on. Before I knew it, I was engrossed in accounts of Murakami training for two marathons and one triathalon over a period of a year. I raced through the book in two days almost as committed as Murakami was to training for and participating in the races.  I say almost as committed because had the book been as taxing to read as his training routine appeared, I would have given up.

What I found most fascinating about Murakami’s writing on running is how in order for him to do the demanding mental labour (his words) of writing novels, he does equally exacting physical labour of running (and sometimes triathlon).

“Most of what I know about writing I’ve learned through running every day. These are practical, physical lessons. How much can I push myself? How much rest is appropriate—and how much is too much? How far can I take something and still keep it decent and consistent? When does it become narrow-minded and inflexible? How much should I be aware of the world outside, and how much should I focus on my inner world? To what extent should I be confident in my abilities, and when should I start doubting myself?”

As to how does his novelist style apply? All I know is, like reading his novels, I was mesmerized by the main character, Murakami himself in this case; I wanted to read more and wondered if I shouldn’t take up running again. 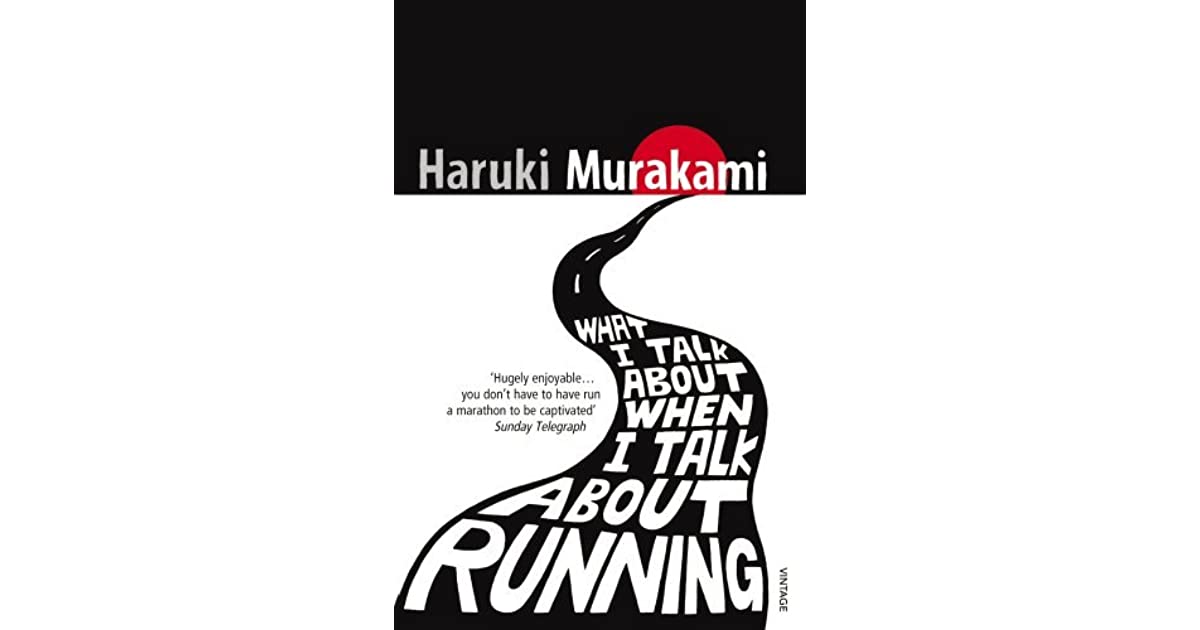