Even though we are three months away from the end of 2021 I’d like to tell you about the most life-altering book I have read this year. I didn’t use the word “change” because every time I see and read a list of “life changing books everyone should read” like this one (I’ve read most of the books mentioned),  it usually ends up not changing my life. Maybe I don’t know what change means but it always seems hyperbolic when used with books one ought to read. However, I can definitely say that the book Treat Your Own Shoulder has altered my life. Since I bought it at the beginning of May this year I have used the instructions given every day. Reluctantly.

My elation at being able to go back to swimming and the gym was soon dampened by a nagging shoulder pain. I had been complaining to my osteopath about shoulder pain for about 3 years, and the last time it was really bad, he prescribed no swimming for a month. As I had just been reunited with swimming after over a year without it, I didn’t want to stop. So I sought an alternative solution and I went on YouTube where I came across Bob and Brad, “the most famous physical therapists on the internet” as they love to say.  One of the tools they recommended for correcting poor posture during sleep, which can be one of the causes of shoulder pain, is a McKenzie Night Roll. As I often wake up with a more aching shoulder, I went online immediately to purchase. This was when the algorithm mentioned that “customers who bought items in your order also bought” the shoulder book along with others by the same author. I googled the author, Robin McKenzie, also the creator of the night roll. I discovered he is an internationally renowned physiotherapist lauded as having transformed the field of physiotherapy. When I used the “Look Inside” feature the unattractiveness of the layout put me off so I didn’t buy it. The night roll arrived the next day. After I’d used it for a couple of days. I woke up with a bit less shoulder pain but it was still disturbing my swimming.  I wondered if I shouldn’t try the books as I really didn’t fancy going to the osteopath.  So I took the plunge and bought a couple of McKenzie’s books–Treat Your Own Back and Treat Your Own Shoulder.

I approached Treat Your Own Shoulder with low expectation, I had read books before on the shoulder and rotator cuff and they didn’t help much.  But I tried to keep an open mind. This time round,  I saw that the content is actually well thought out and focuses on important questions that I had such as: “Is the information in this book suitable for me?”, “who can perform self-treatment?” and how to diagnose the problem. Unlike previous books I had read on this topic, this book explains how to know if the exercises in the self-treatment program are working and when to seek professional help.  The exercises introduced were also new to me except one, the shoulder internal rotation. The exercises seemed simple and I wondered if they could get rid of my pain. So I started with the first one, the shoulder pendular, a slow swing of the arm back and forth in an arc. Before I could complete the set of 10 I was supposed to do, I realized that simple doesn’t equal easy. The book explained that the pain will diminish gradually and even disappear by day 3 or 4 so long as you do the exercises as described in the book. Sure enough by the morning of day 4 I woke up with a pain free shoulder for the first time in years. I couldn’t believe it! When I went swimming later on that day my shoulder was the least perturbed it had been since I first started having issues with it. I felt more motivated to continue doing the exercises even though they were becoming tiresome, and to move on to read the second book, Treat Your Own Back. 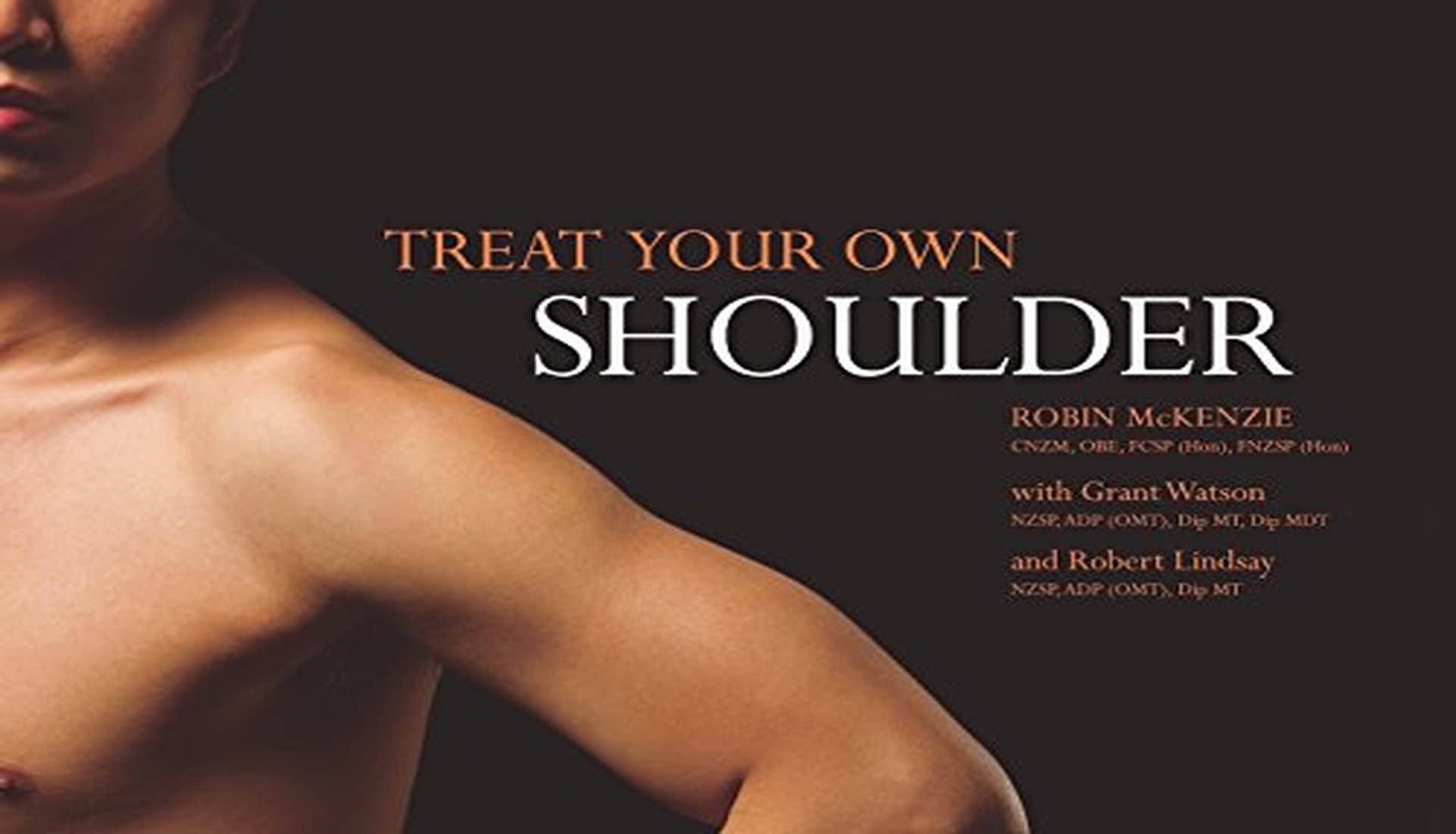 The Treat Your Own Back book also turned out to be a revelation. From time to time I’d get pain in my hips, and this book explained the pain is actually caused by lower back issues. The exercises–cobra and sphinx–in this book are familiar to me from doing yoga. What is different, again, is how they are used. As is standard in the McKenzie method, you are supposed to do each exercise 10 times each session, every two hours spread throughout the day. This time I only did it a couple of times per day since the hip/lower back wasn’t bothering me that much. Nevertheless, my hip actually felt better. I deliberated on how doing a bunch of cobras can make my hip feel better. Doing yoga, I  thought of cobra as a welcome break between the demanding plank and downward facing dog in the vinyasa flow.  I wanted to understand more why the exercises for both the shoulder and back have been so effective. I searched for a McKenzie certified physiotherapist and booked an appointment. I also hoped it would help speed up my recovery process.

The physiotherapist didn’t tell me anything that wasn’t in the book. However, after he had examined me and found out how long I had been having shoulder pain, he gave me two additional exercises–low row and V shape–but I only had to do them once per day. On paper it doesn’t sound so bad: you stand with a short elastic resistance band held in both hands and elbows bent to 90 degrees and palms facing upwards. Then you rotate your hands outwards, increasing the tension on the band, while keeping your elbows by your side and wrists in a neutral position and elevate both arms  to create a V shape. But in practice it is dreadful! By the time I get to 3 out of 10, I’m cursing, it is so painful.  I hate it. The physiotherapist said that everyone he gives it to has the same reaction and that’s how he knows they are performing it correctly. He also recommended I do the back exercises from the book more than twice per day.  I ignored his advice until a couple of weeks later when I did my back in.

The Power Of the Cobra

I had gone to the gym and done my usual stretching routine, and while I was doing a forward bend I felt a sharper pull than usual. I shook it off, but after my workout I felt some pain in my lower back. As the day progressed the pain got worse. The next day when I woke up I could barely move, I had to have an emergency appointment with the physiotherapist. He realigned my back and prescribed more cobras, this time a set of 10 every hour until I go back to see him two days later. This time I followed his instructions! The more I did the cobras the better I felt. After my next appointment I could reduce doing cobras to every couple of hours as recommended in the book. Two months later, I’m now down to doing two sets daily, one in the morning and the other at night. I now have a whole new and greater respect for the cobra pose, it has helped heal and strengthen my back, BUT I would rather not have to do it.  It is a tedious chore! I asked the physiotherapist if there was a pill I could take instead. He laughed and replied: “I get asked that a lot. Sorry no magic pill. You have to do the work.”  I have accepted so long as I have poor posture habits, I have quite a few, I will have to keep doing these back and shoulder exercises to counteract. With that I have since added to my library three more books by Robin McKenzie to know how to prevent and eliminate pain in all the parts of my body prone to injury and abuse. 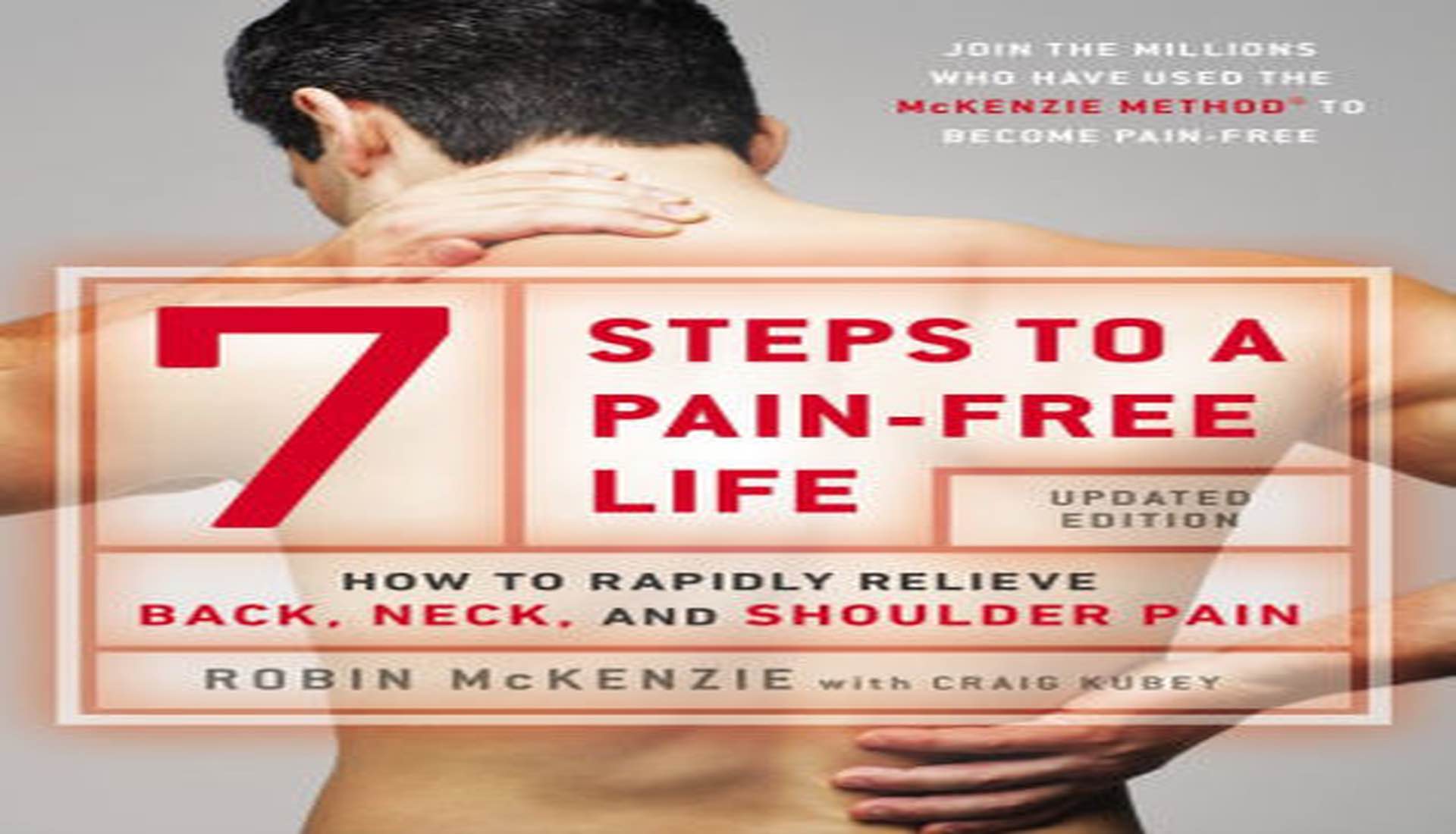 This book, I discovered later, addresses the causes of, prevention and self-treatment of back, neck and shoulder pain. And it has pretty much the same information as the books on the individual parts of the body from the authors.