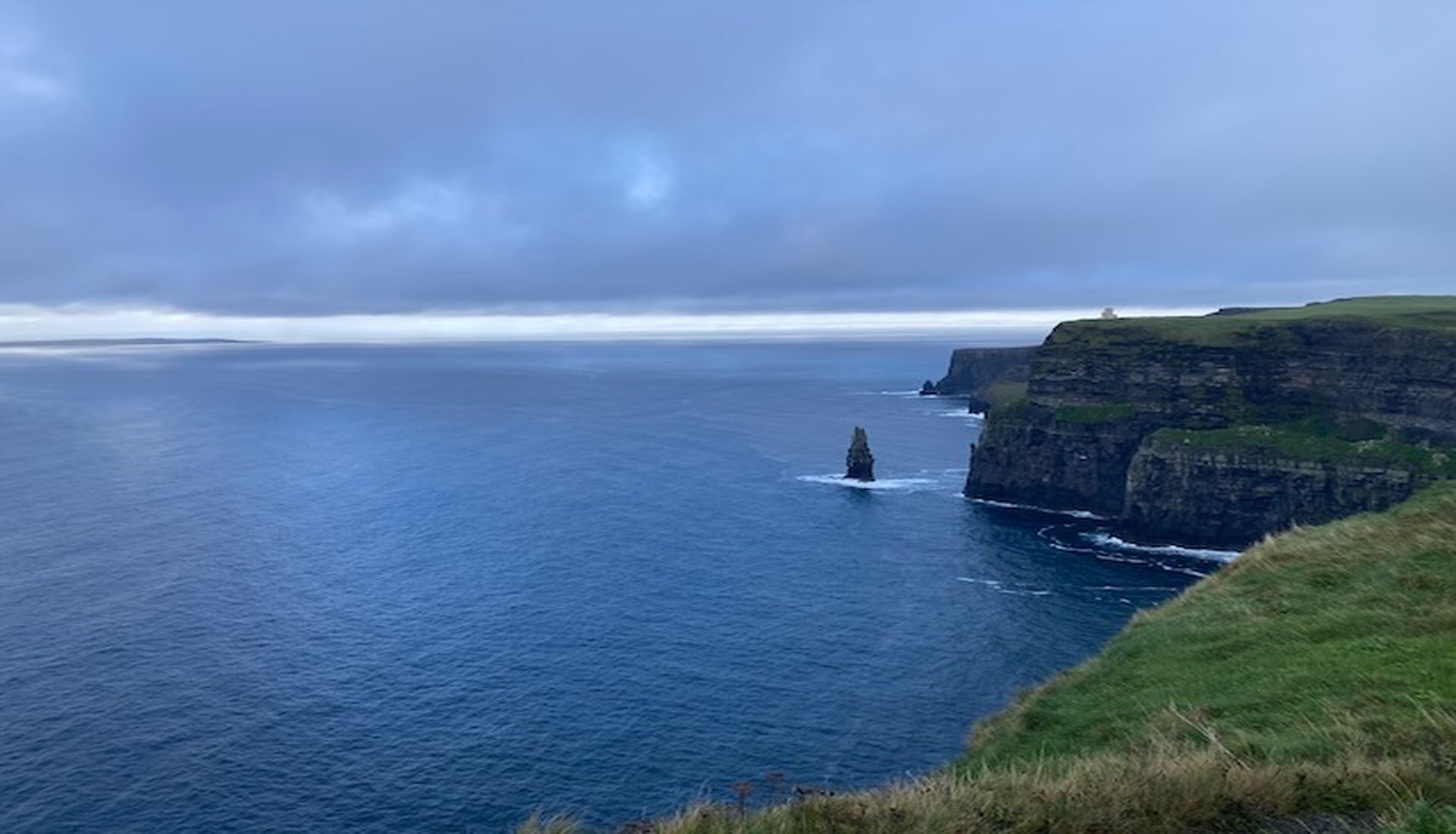 Meditation is a daily part of my life, and to keep it “interesting”, from time to time  I change my focal point during the practice. During meditation you turn your attention to either your breath, a mantra or to counting from 1 to 10/100. A couple of months ago I switched to watching my breath. It was unsurprisingly hard to stay focused on my breathing which is why it’s been my least used  focal point. Every time I sit and attempt to watch my breath, I marvel at how I don’t notice it the rest of the time, something so critical to me being alive. And then I wonder why can’t I concentrate on it for more than 10 seconds without drifting off.  I’ve also been trying out new yoga routines by following the immunity classes on the Yoga Studio app. I’m loving them, but I feel  I’m only partially getting the benefits because I can’t seem to inhale and exhale as slowly and deeply during the basic breathing exercises as the instructor, and I skip the advanced one, kapalbhati as it is difficult. Every time I did the class and meditated, I made a mental note to learn more about breathing to improve awareness and ability but I didn’t get round to it until two weeks ago when I came across A Long Now seminar with James Nestor talking about the future of breathing.

James Nestor, a science and sports journalist and author starts by saying how he was motivated to write his book Breath because of the insane stories about the powers of breathing that the free divers he met while researching his previous book Deep told him:

“They told me about a man who had been injected with the bacterial endotoxin E. coli, and breathed in a rhythmic system to simulate his immune system to destroy the toxins within minutes. They told me about a woman who had overcome decades of auto-immune diseases by simply changing the way she breathed.   And they told me about an 85 year old who rediscovered an ancient practice to superheat himself and sit out in snow for hours without ever getting hypothermia or frostbite, again using only his breath… After months and months of reading scientific studies and talking to experts I discovered these impossible stories were actually true.”

I was mesmerized then and throughout the entire talk. Listening to him confirmed that my breathing was indeed deficient as I had thought. It also turns out that I wasn’t alone, that the vast majority of us modern humans suffer from poor breathing because our facial structures have changed. Within the last 300 years, as our diet has become dominated by soft, processed foods, we have developed smaller mouths and narrower nasal passages that make it harder to breathe. Consequently we suffer more sleep apnea and respiratory diseases such as asthma than our preindustrial ancestors. According to Nestor, there is evidence showing that many modern maladies—asthma, anxiety, attention deficit hyperactivity disorder, psoriasis, and more—could either be reduced or reversed simply by changing the way we inhale and exhale. I couldn’t believe what I was hearing, I had to find out more! Not only did I buy and  binge-read his book Breath, I also did the same with two others, Just Breathe and The Oxygen Advantage.

All three of these books shared history, scientific research and personal experiences with breathing practices from all over the world. It was overwhelming. I asked where do I start to fix my breathing? Is it even possible to expand our nasal passages?  To answer the first question, thankfully all books come with a list of exercises and other resources to guide you through them. I’ve tried a few such as an alternate nostril breathing exercise, but I’m still mostly at the stage where I’m just watching my breath. For the second question, we can expand our mouth and nasal passage through some form of mouth guard specially designed by dentists and by chewing harder and more frequently on things such as mastic gum. Chewing is crucial according to Dr. Theodore Belfor, dentist and specialist in the cranio-facial system. The more we gnaw, the more stem cells we create. Stem cells are the mortar that binds the sutures (the web of cracks and ridges on the skull) together to grow new bone in the mouth and face. The bone that makes up the center of the face is the maxilla, made of membrane bone and highly plastic. So long as the maxilla continues to get stem cells it will continue to grow more bone density  even up to age 70, and remodel our face, to make us not only breathe better but also look younger. He has decades of data to back his claim including data from the experiment carried out on James Nestor using mouth guard and chewing. And this contradicts mainstream scientific belief on bone loss, that bone density decreases from age 30 and can’t be renewed.

Needless to say, I’ve been paying a lot more attention to chewing.  Since I can’t visit Dr Belfor’s practice in New York for a custom mouth guard, instead I ordered packets and packets of mastic and Falim gums. Look forward to seeing the even wider-faced and younger me. 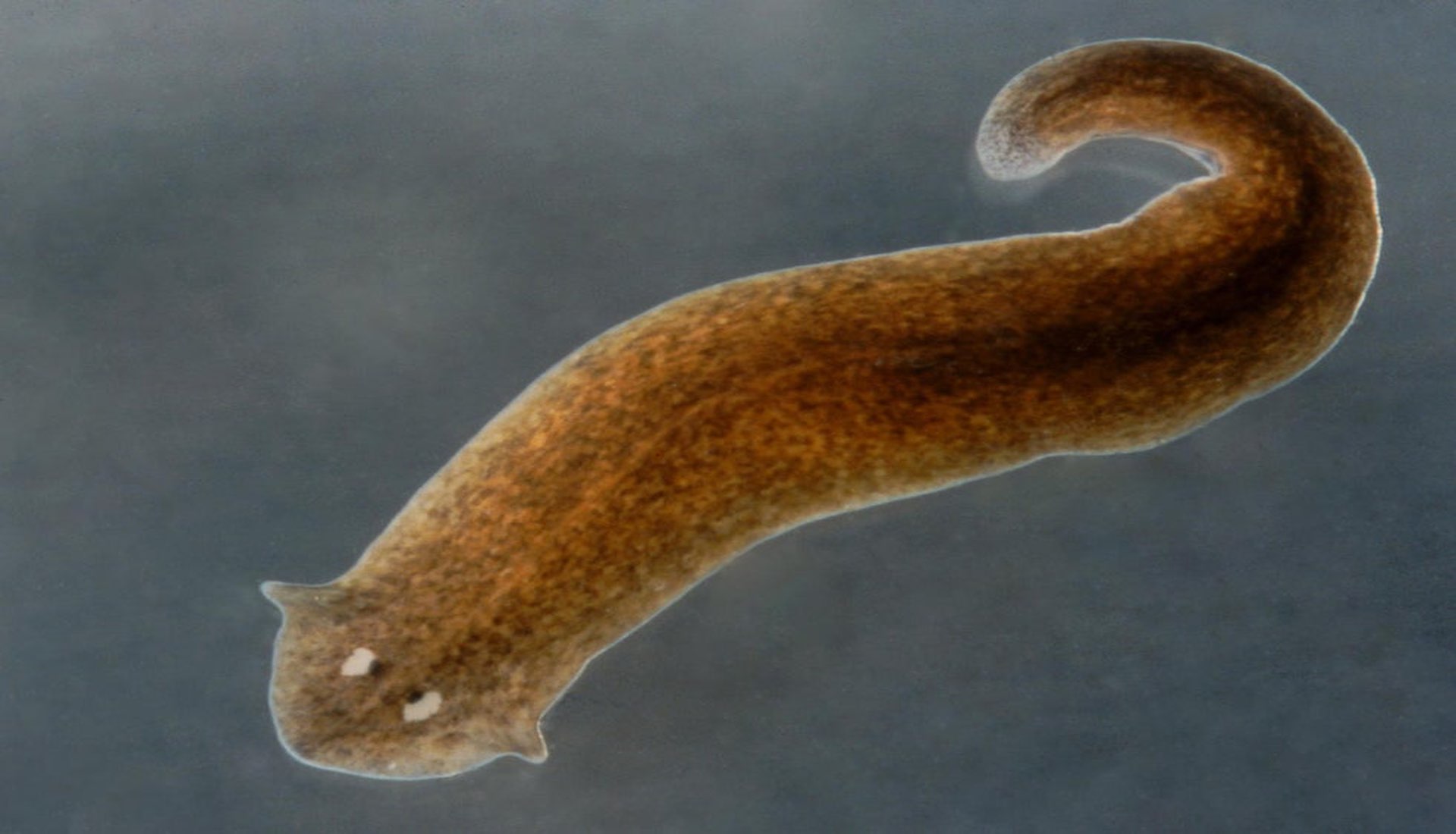 If we can create new bone in our face, could we also create new ones in the rest of the body? Michael Levin, a developmental biologist at Tufts University, believes we could, based on his study of planarians. I read in an article about his work, Growing It Back, “Planarians are a type of flatworm about two centimetres long that, under a microscope, resembles a cartoon of a cross-eyed phallus… If you cut off its head, it grows a new one; simultaneously, its severed head grows a new tail. Researchers have discovered that no matter how many pieces you cut a planarian into—the record is two hundred and seventy-nine—you will get as many new worms. Somehow, each part knows what’s missing and builds it anew.”   I paused right there to consult the internet if there was such a thing as it sounded like science fiction. The internet said yes! In fact, I realized from the images that I have seen these worms before but I didn’t know nor care what they were called. Now I was very much interested in getting my hands on one to check out their super power. In the meantime, I go back to reading the article.

What I found most remarkable about Levin’s work is that he has actually persuaded a planarian whose tail he cut off to grow a second head in its place; no matter how many times the head was cut off it grew back. He achieved this without touching its genome but by changing the electrical signals in its cells. Levin proclaims that cells in our body use bioelectricity to communicate and to make decisions among themselves what they will become. If we can learn to speak the bioelectric code, we can learn a new way to control our bodies and potentially activate it to create parts for severed limbs, failed organs and even brain tissue. Levin and his team are getting closer to cracking the code. In 2018, they attached a plastic cuff containing progesterone, a hormone that alters the behavior of ion channels, to the stump where a frog had once had a leg. They left the cuff on for twenty-four hours, then observed for about a year. Ordinarily, a frog that’s lost a leg will regrow a cartilaginous spike in its place. But the frogs in the experiment grew paddle-like limbs. About nine months later, little toes started to emerge.

On a recent visit to an Oyster farm, I discovered from the tour guide, a marine biologist and oyster farmer that lobsters and starfish can actually grow new limbs. And he showed us both a lobster and a starfish doing so! It made me ask like Levin and his team, why can’t humans also do it?

The books I’ve read on breathing and the article about  Levin’s work have filled me with even more awe on the elusiveness of  the human body. It is humbling to know that even after 300, 000 or so years us Homo Sapiens have inhabited the body that there is still so much we don’t know.

Have been a fan of Rodney Brooks’ blog for some time now but I had never heard him talk until he was a recent guest on the Lex Fridman show. Brooks, an ex-director of MIT’s Computer Science and AI Lab, and a robotics entrepreneur is highly critical of the tech industry and media’s hyperbolic promises of AI. Since 2018 he has published a list of predictions on what and when things will happen in AI in the next 30 years. He updates the list every year. Highly recommended. Hearing him speak didn’t disappoint. While listening to him and Lex, I couldn’t help but wonder how ironic it is that in AI (and robots) we are striving to create a more superior version of ourselves when we don’t fully understand how we are wired.